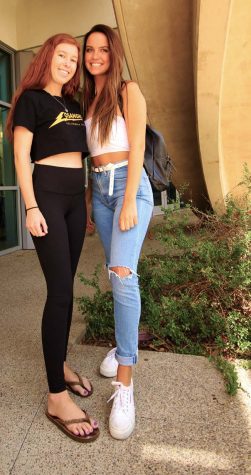 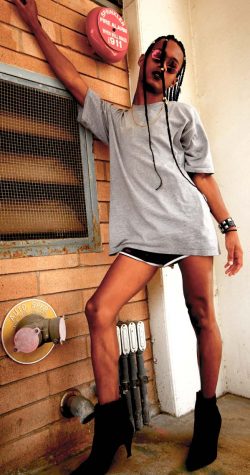 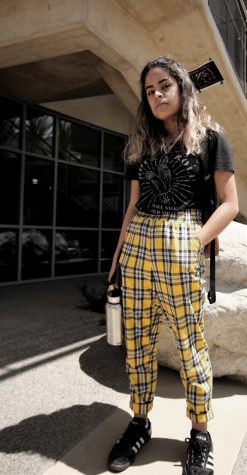 Something stretchy and rose red slides over faded denim, causing a stark comparison of color and comfort.

Clothing is a part of everyday life on and off of campus. Whether at school, work, the gym, or out to eat there is always an outfit to go with it and how you feel at these places. Clothing changes the way a student feels, both on the inside and the outside.

Professor Karen J. Pine, of the University of Hertfordshire (U.K.) writes in her book Mind What You Hear: The Psychology of Fashion “When we put on a piece of clothing we cannot help but adopt some of the characteristics associated with it, even if we are unaware of it.”

It’s suggested that articles of clothing can not only change the way one looks but a look into who they are on the inside as well.

For example, a paper in August 2015 in Social Psychological and Personality Science did a study and asked subjects to change into either formal or casual clothing before performing cognitive tests. The studies showed that those who wore formal attire had increased abstract thinking—an important aspect of creativity and long-term strategizing. The results indicate that those who wore the formal attire had increased feelings of power.

Grossmont student Jay King passionately expressed his connection to fashion on campus when he said “I study the cultures and I take that within and I skill that with my everyday surroundings and being and traveling around the world and studying more in the future which is going to help me incorporate my style and that is the beautiful aspect of it.”

Some wear their heart on their sleeve while others clothe themselves according to how they want to be seen.

“I’m not really athletic, it’s just a fashion thing,” Grossmont student Lino Gomez admitted when asked whether the soccer jersey he wore represented his athleticism or if it was more for style.

On another hand, the clothes one wears can also have negative effects on a person.

In a study reported in December 2016 in the Journal of Experimental Psychology: General, male participants were sent into a negotiation, some wearing upper-class business attire and others wearing lower-class attire such as sweatpants. The results were that the men wearing sweatpants were not able to make as good of deals as the men wearing business clothes and it was also studied that the men with formal attire had higher testosterone levels than the men wearing sweatpants. Not only did the attire affect the subject’s physical work but also their body chemistry.

Clothing may impact a person’s life more than they know. A professional outfit can earn someone a higher-paying job position whereas a big hoodie can make one feel safe and comfortable. Students should consider how an outfit can represent themselves when deciding what to wear. It could result in a heightened experience and an opportunity to express oneself.