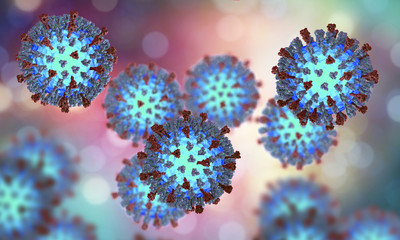 What’s the big deal about measles? 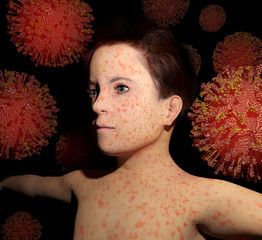 The media has focused on recurring outbreaks of measles in several U.S. states. Mini-epidemics of the highly contagious virus have alarmed the Centers for Disease Control and Prevention and other public health officials to contain and quash the disease.

Measles and other highly contagious diseases were declared eradicated from the United States in 2000. The advent of the measles, mumps and rubella (MMR) vaccine in 1963 and the efforts of public health intervention and monitoring contributed to its demise. Grandparents of current students likely contracted some of these diseases and developed immunity.

Unfortunately, contagious diseases have continued to flourish in epidemic proportions in other parts of
the globe. The World Health Organization (WHO) recently reported a measles epidemic in Madagascar
that resulted in 900 deaths— primarily infants and young children.

WHY THE FUSS ABOUT MEASLES?
It is highly contagious and rapidly transmitted by human contact. A sneeze or cough can propel droplets into the air that remain virulent for hours. One person can infect up to 12 to 18 others from the contaminated
secretions. Crowded conditions and substandard sanitation as well as poor hygiene enable the spread of the virus.

HOW HAS THIS DISEASE REGAINED A FOOTHOLD IN CERTAIN REGIONS OF THE US?

The influx of international travel, foreign travelers and immigrants, religious and other cultural reasons, unvaccinated or under-vaccinated populations, lax state as well as school regulations and antiimmunization
purports in social media have contributed to the return of measles and other contagious illnesses to spread among vulnerable populations.

According to Elaine Aldham, registered nurse in Grossmont’s Student Health Services, the college has implemented an “Ebola” protocol to ensure any infectious disease is contained and reported immediately to the Public
Health Department. Information and referrals for communicable and other diseases are available at Student Health Services, your primary doctor and the San Diego County Public Health Department.

Remember, the spread of infection can be significantly reduced with good hygiene and frequent hand cleansing with
soap and water and anti-bacterial gel.