Magic Steps Down From Lakers

Los Angeles Lakers President, Magic Johnson, stepped down from his position after serving two years in Basketball Operations with the team. The announcement was made April 9, prior to the last game of the season. 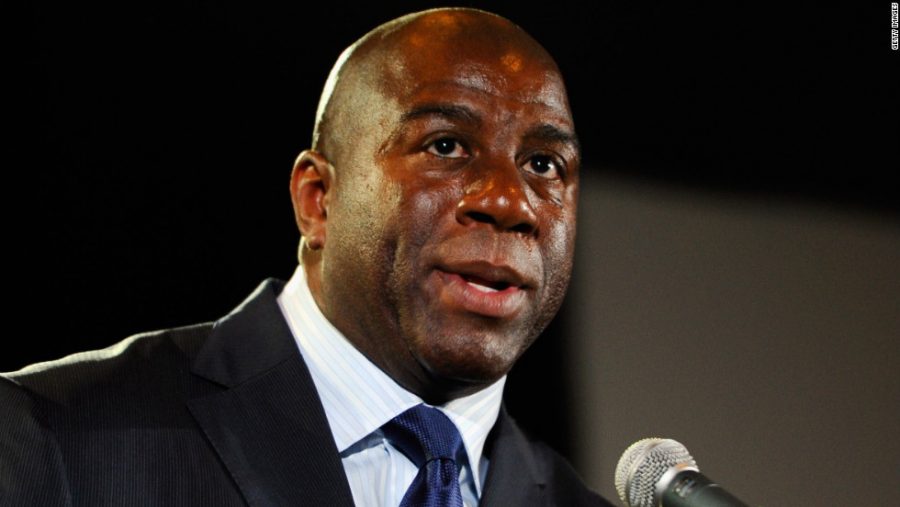 Johnson played point guard for the Lakers from 1979-1991 and returned for the 1995 season. He remains the Lakers all-time leader in assists and is ranked 5th overall in games played. The 2019 season marked the team’s 5th year in a row missing the playoffs, as this season was truly one to forget for the Lake-Show.

Along with Johnson leaving the Lakers, the team announced that head coach Luke Walton would be fired right after the game along with the entire coaching staff. Walton joined the Lakers during the 2016-2017 season after two seasons as assistant coach for the Golden State Warriors. He finishes his tenure with the Lakers holding a 98-148 record through three seasons. The former head-coach previously played forward for the Lakers for nine seasons, winning two championships. The Sacramento Kings announced April 13, that Walton was hired as the team’s head coach for a four-year deal.

After bringing in power forward LeBron James from the Cleveland Cavaliers and other various players; the young Laker team looked ready to compete for the playoffs. That is until Christmas day, the Lakers were sporting a 19-14 record, tied for the 4th place seed in the Western Conference. That’s when the train wreck started. With seven minutes left in the 3rd quarter, James was injured: saying he felt a “pop” in his lower body. This injury would cost the all-star athlete to miss 18 games and the Lakers to fall to a 27-25 record.

The season got even worse when rumors were swarming that the Lakers and New Orleans Pelicans were discussing a trade that would land superstar forward/center Anthony Davis to Los Angeles. This would potentially cause drama in the Lakers locker room as many players’ names were being leaked out, regarding who was on the chopping block. The Lakers will continue looking for a new President of Basketball Operations as well as a new head coach.