A decade in the making: The one we’ve been waiting for finally hits theaters.

FOR THE CASUAL OBSERVER

One of 2019’s most anticipated films just hit theaters was Avengers: Endgame, the long-awaited final chapter in the Marvel Universe. Produced by Walt Disney Studios, it’s the follow up sequel to 2018’s Infinity War and is marked as the 22nd film of the original Avengers lineup.

Endgame was directed by no other dynamic duo than Anthony and Joe Russo, who brought in screenwriters Christopher Markus and Stephen Mcfeely who helped bring this action packed three-hour film to life. The movie was rated PG-13 and has a 95 percent score on Rotten Tomatoes.

This film is sure to be an outstanding adventure for any Marvel fan, but what about the non-Marvel fans? Could viewers who aren’t necessarily a Marvel fan, who haven’t seen all other 21 Avengers movies, still enjoy this film?
The answer to that is most definitely yes. As someone who isn’t a hardcore Marvel fan, or hasn’t seen all other Avenger movies, this movie was still quite entertaining to watch. The aspects that captured my attention were all of the action scenes, as well as the fun humor among the characters.

Before seeing the movie I was told by Marvel fans that I should watch all other movies before watching Endgame, or else I wasn’t going to understand what was going on. Being lazy, I didn’t listen, but still had a great time. The pace of the movie, as well as the writing, didn’t make the film at all difficult to enjoy. It seemed as though the film creators knew that people who haven’t seen all other Marvel movies were going to watch this, and they made sure that they catered to them as well. Of course there were moments and jokes that were a great deal to fans of the franchise, and went over my head, but there was not a moment where I felt like I was left out.

Spoiler Alert! One memorable scene for me was when all of the female heroes teamed up together to attack Thanos during the epic final battle. I thought that was so amazing because it was definitely about female empowerment. For a great majority of stories, we usually only ever see the males standing up and fighting for justice, so it was quite a refreshing moment to see the tables turn on this stereotype.

Also memorable was the scene when Captain America gave his shield away to Sam Wilson and was able to go back in time to be with his girlfriend Peggy. That scene alone was so heartfelt that it makes me want to go back and watch all of the old Avenger movies to find out what happened with those characters.

Overall, Endgame was a great movie, and if you are someone who is being dragged to the movies to see this film with your hardcore nerd friends, don’t worry about not enjoying this film, because it was a great time.

FOR THE SUPER FAN — SPOILERS AHEAD!

Marvel fans, we’ve been waiting for this and it is finally here: Marvel Avengers: Endgame has hit theaters. Fire the confetti cannons, it’s the 22nd movie in the Marvel MCU universe and a finale to our original Avengers. Spoilers are ahead due to it already being released. This page goes out to the fans, but if you’re only here for the review, refer to Jonathan’s review.

Marvel’s Endgame has already grossed a lot of money opening weekend, and there is no doubt why— the movie is an emotional roller coaster from start to finish. The movie takes place right after the Thanos snap and we finally get to see where Hawkeye, or Clint Barton, has been, happily teaching his daughter how to shoot a bow and arrow. It isn’t until he turns away, and you watch the small specks of dust fade away, to really pull on your heartstrings. Just like that, the movie has you pulled in and with a flash of the Avengers logo, it cuts to black, and “five years later” pops-up on screen. Half of our fallen heroes have been gone for five years, and this is just the beginning. 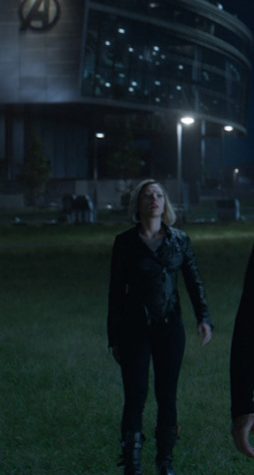 A lot of shots from the trailer were taken from about the first hour of the film, so a lot of stuff was a surprise. We already knew that Tony Stark and Nebula were stuck in space and it really was no surprise that Captain Marvel would show up. A lot of theories have been circulating, surrounding who would live or die, time travel, if Bucky or Falcon become the new Captain America, if Gamora comes back or if Steve Rogers was finally going to go on his date with Peggy.

Ever since we found pictures of the cast from the set it was obvious; we saw relation to the Battle of New York, the battle that took place in the first Avengers, and the Quantum Realm, where time and space becomes irrelevant. A theory at the time that came true was the use of the Quantum Realm to travel back in time to prevent Thanos from getting the stones.

The Thoughts of Dying
It was obvious, fans knew that Chris Evans’ (Captain America) contract was coming to an end with the series, so it was an automatic fact that one way or another, he was no longer going to be around. However, it was revealed that he did not die but got to live out his life with Peggy. Which honestly, after seeing him come back after 70 years realizing that he missed his date, he deserved that.

It was always theorized that Tony Stark (Robert Downey Jr.) or Steve Rogers was going to die, besides the fact that they are both strong and important characters. When Tony laid down his life and his emotional goodbyes between Peter Parker and Pepper, it was a loop to see him die, especially after the recent birth of his child. It seemed Tony needed to do what he thought was right and he can finally rest in peace. 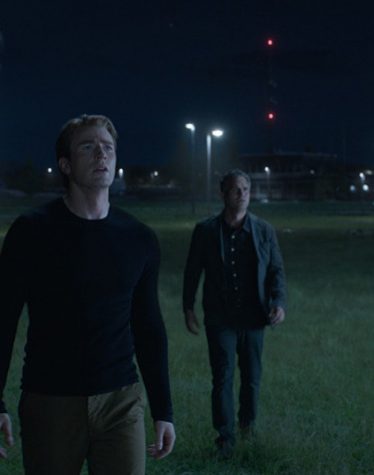 With the recollection of the infinity stones being the most important factor to defeating Thanos and knowing that the rule of the soul stone was “a soul for a soul,” someone was bound to have a dramatic death.
When looking at each Avenger, it was Natasha would lay down her life to make things right. What was really heart-wrenching though, was watching Natasha and Clint, life-time friends who literally fight to the death. The theory of Black Widow not making it rang true, but the factors leading up added a twist to it.

Bucky or Falcon
Both equally-good friends to Steve Rodgers, many of the theories leaned more towards Bucky becoming the “new” Captain America. When the shield was handed off to Falcon, it was a sweet moment between friends and the feeling was received that Bucky wanted to remain as the wingman. It will be interesting to watch Falcon hang up his red wings and pick-up the shield.

Other Thoughts
Gamora coming back was both hilarious and exciting. It was a great idea to bring her back from a past time, and it seems to hint at Guardians of the Galaxy 3 and where that story will go. A lot of hilarious highlights in the film certainly caused some tears of laughter to appear, whether it was Thor’s beer belly and threats to teenagers on Fortnite, Korg and Meep’s introduction to tell us they didn’t get snapped, or Stark’s realization that the 2012 version of Captain America’s suit did nothing for his butt. This movie keeps you entertained till the very end. It was a great ending to phase three, giving room to grow for phase four of the Marvel Cinematic Universe.
It’s a film to watch over and over again, each time noticing more details then the last. Be warned, however, there is no ending Easter egg cut-scene after the credits, leaving us in mystery about what happens next. I guess we’ll just have to wait till Spider-Man: Far From Home hits theaters this summer.