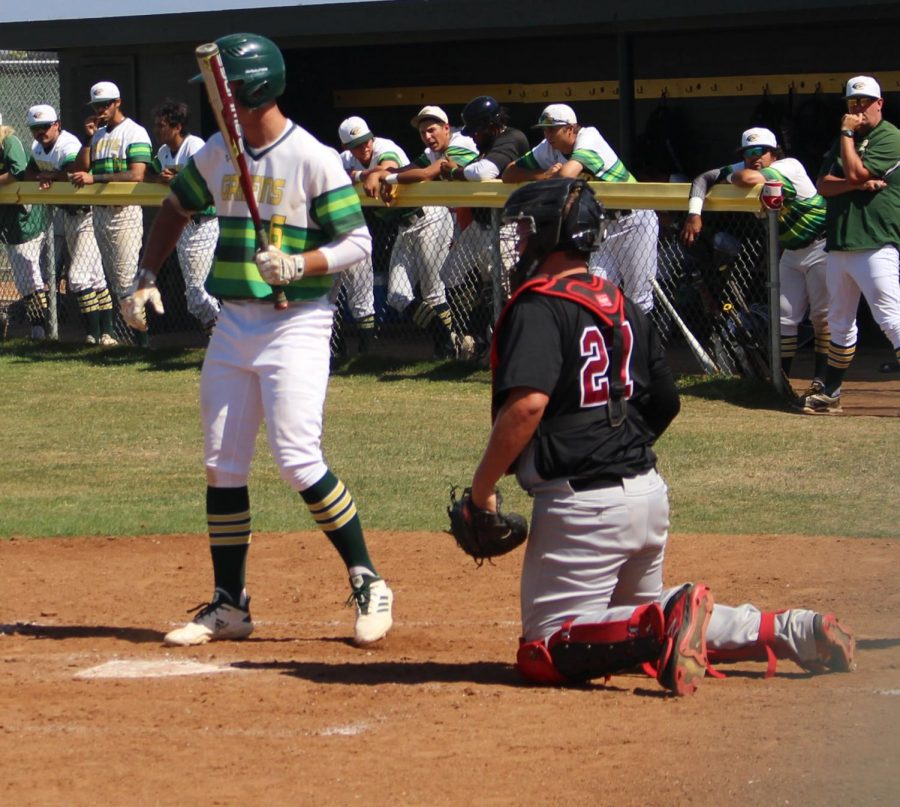 G-House baseball began the 2019 season in a league of their own. The guys dominated the first two games of January, while outscoring opponents by a run margin of 17-6. Mother Nature seemed to have it out for the Griffins though, tossing a curveball of her own, as five out of the next nine games were cancelled due to rain. This damper was not only put on the diamond but on the team as well, losing the next four-straight games to conference rivals. However, there was a calm at the end of this slumping storm as G-House stepped up to the plate, crushing the later half of March and winning six of their last seven games.

The final week of March not only brought Grossmont wins, but a grand slam as well. Freshman infielder, Steven Montejano, perfectly connected the booming hit in the bottom of the 2nd inning during the back-game of a doubleheader at home, against PCAC rivals, Imperial Valley Arabs, March 28. The Griffins went on to pulverize the Arabs by 25-15, scoring an impressive total of 51 runs compared to Imperial Valley’s 22, through the three-game series.

Unfortunately for G-House, the momentum did not carry over to April as the team began the month riding a six-game losing streak. Mimicking their turn-around earlier in the season, the team was able to overcome adversity once again and finished on a four-game win streak. The team demonstrated true tenacity, concluding the season strong by destroying conference rival San Diego City Knights and taking each of the three games in the final series of the season. The Griffins ran bases around the Knights, scoring a whopping 37 runs compared to San Diego City’s dismal 10, throughout the season concluding three-game series.