What’s the deal with e-cigarettes? 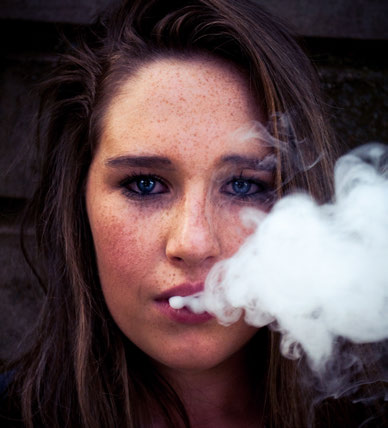 Vaping or the use of electronic cigarettes (e-cigs) has peaked tremendously in the past several years to create a billion-dollar market. Many smokers find vaping more discreet, with usage accepted in many public places, less concern about second-hand smoke, decreased incidence of fire hazards and other conveniences compared to smoking cigarettes. Sounds chill until recent news reports in collaboration with the CDC and other health officials confirm there are some serious health risks associated with vaping.

How Did This Happen?

The practice of vaping has existed in American culture during several decades when a few scientists and entrepreneurs created devices to promote vaping as an alternative to smoking cigarettes. Early attempts to popularize vaping were thwarted until 2003, when a Chinese pharmacist introduced an affordable and user-friendly e-cig device. The industry, boosted by commercialism, exploded in the American and European markets.

By 2009, smoking cigarettes had declined in popularity as the negative health and environmental impacts were evident and concerned consumers sought alternative ways to satisfy nicotine cravings. As sales dipped, the tobacco industry developed new products such as flavored tobacco and promoted alternative sources to regain the market. E-cigs seemed like a good alternative, especially when the FDA passed laws to ban flavored tobacco products and other restrictions.

The popularity of e-cigs and vaping has soared to the current level, and a new subculture has formed around the practice. 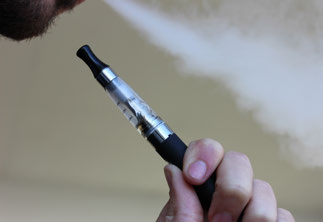 This Tastes So Good!

Although the majority of e-cig products contain highly addictive nicotine combined with various chemicals, this does not appear to deter users as the trend continues to flourish, specifically among young users who are attracted to the flavored brands.

A recent article published in the American Journal of Preventive Medicine revealed that four out of five kids who have used tobacco, initiated use with a flavored product. Many reported they started vaping as young as 12 years old.

The flavors disguise the taste of tobacco, encouraging usage and inducing the younger generation to become addicted to nicotine that can lead to lung damage and disease. Also, the sophistication of vaping devices appear to make this practice more convenient and safer, when, actually, nicotine and the aerosol emissions are being inhaled deep into sensitive lung tissue.

Surgeon General VADM Jerome Adams, has identified e-cigarettes and vaping as a “youth epidemic.
“We must take action now to protect the health of our nation’s young people,” he declared in a recent report. E-cigarette usage jumped to 78 percent from 2017 through 2018 among high school students alone. He encouraged parents, school officials and teachers, healthcare providers and those in frequent contact with young people to become aware of any vaping or e-cig activity and to try to intervene even if the teen has not used tobacco products.

Research has determined that this practice can lead to using tobacco and other substances when vaping. These substances and propellants contain oils, metals and particulates that cause irritation and inflammation and eventually scarring pulmonary cells.

Dr. Albert Rizzo of the American Lung Association has declared flavored tobacco pods may contain a chemical known as diacetyl. This substance, which continues to be used in the production of microwave popcorn, has caused some exposed factory workers to develop a similar lung condition known as “popcorn lung” that scars the alveoli, the tiny air sacs in the lungs where air is exchanged. The syndrome begins with frequent coughing, shortness of breath, nausea, vomiting and fatigue, progressing to respiratory failure if not treated rapidly.

The increased potency of e-cigs delivers more nicotine than smoking the same amount of cigarettes. Rizzo cautions that some e-cigarette pods contain as much nicotine as a pack of cigarettes that can be inhaled within 15 minutes.

At The Summit’s press time, the CDC has identified three deaths and over 400 hospitalized cases in 25 states related to vaping. The majority of the reported illnesses involved adolescents or young people; however, some middle-aged adults also fell ill enough to be hospitalized or die.

Most of the cases originated from tobacco-related usage, but symptoms were also reported from others after smoking cannabinoid infusions. The CDC has not been able to identify any specific substances due to the huge variety of products available for users but they are working in conjunction with the FDA to collect more information. At present, the FDA advises against vaping any substances to prevent future diseases and to decrease the incidence of the current lung problems.

No Need to Hit the Panic Button

The inhalation of fumes, vapors and other natural materials has existed for thousands of years. Smoking has and continues to play an important role in most primitive and modern societies.

The practice continues to convey religious and spiritual connections, friendship and cultural connotations and personal preferences.

Unfortunately, it has escalated to major proportions to affect related health and morbidity rates in modern societies for a variety of reasons. American public health officials and organizations are concerned about the impact of future illnesses and chronic diseases. The message of this story is simple-use common sense, discretion and conscious
choice before starting or continuing to smoke or inhale any substance.

Many individuals reports e-cigs are a step-down toward decreasing or eliminating smoking from their lifestyle versus topical or oral methods.

Additional information is available at Student Health Services in Building 60 on campus.