The Hyde Gallery is pushing back its shows due to construction, but exciting plans are in store for Grossmont’s exhibit space. 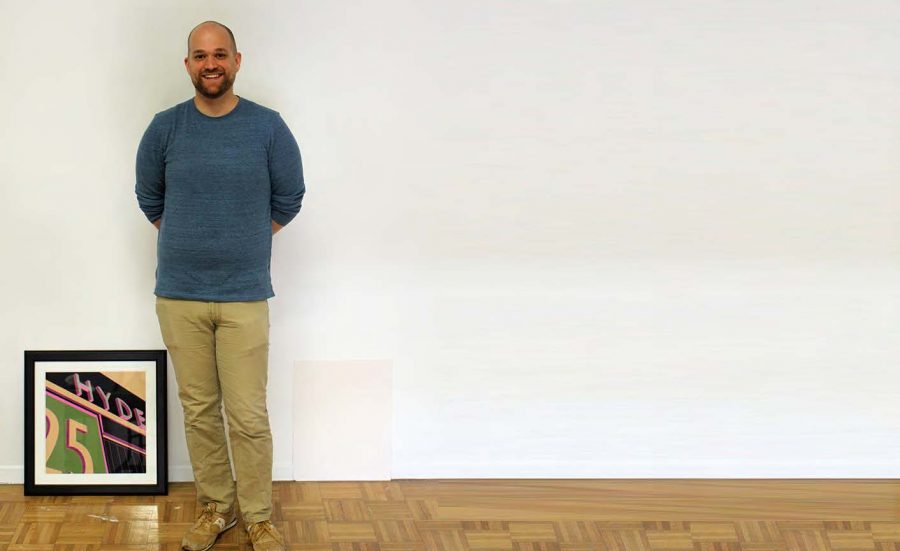 The Hyde Gallery is having to push back its shows to next semester and won’t be scheduling any new exhibits due
to construction happening on the Performing and Visual Arts Center. Nevertheless the gallery’s staff and director are
getting ready for its upcoming semester.

Alex DeCosta, Hyde Gallery’s director, is planning special showings for Grossmont students in the spring semester. Dates are yet to be finalized, and won’t be announced until the beginning of next semester. DeCosta said he kept getting different completion dates for the construction, so he had to shift the gallery’s exhibit
schedule. “I’m just tired of canceling shows,” DeCosta said.

The first show the Hyde Gallery will exhibit will be a past and present faculty show. “We’re inviting past faculty from the past 50 years to come and show alongside present faculty,” DeCosta said. It will be showcased starting the first day of school, up until
mid-February.

“We have work from faculty that have passed and that are no longer alive. We are going to show those works and invite those that are still around to come back,” DeCosta said.

The second exhibit will be a solo show featuring the works of retired faculty member, Suda House. For the past 16 years, House has collaborated with the Museum of Photographic Arts and helped coordinate with Grossmont. Her photography has been showcased around San Diego and California, and in January 2010 was honored by the San Diego Visual Arts Network as a “Mover and Shaker.”

“She is a very prominent photographer here in San Diego,” DeCosta said. Her exhibit will be showcased sometime between March and April; the dates are still tentative.

Every semester, Grossmont ends with a student art show. “We are not a student gallery; our main viewers are students,” DeCosta said. “We try to bring artists outside of San Diego because it’s more of an educational resource to students.” Usually in the final show, every art class submits three pieces of art that students have created to showcase in the gallery.

One theme for last semester’s art show was graffiti. “It was interactive. It was on the walls, on the corners and on the floor,”

Mikah Ramirez said. “It was even on the trim of the gallery.” Ramirez, a dance major, attended two very different exhibits. “I had to pick one that inspired me and choreograph a dance that expressed the painting,” she said.

Every exhibit has something new to offer to viewers, and it’s great to see students who express themselves through art, colors, shapes and designs.