This religious group has recently had different accusations leveled against it. But can we always believe what we hear?

Zion Bible Study Club is a college religious group that works with the World Mission Society Church of God to spread Jesus’ teachings and the word of God at college campuses across America.

Zion is student-led, with students from the campus participating in various religious activities, such as evangelizing to peers on campus and studying the Bible. The widespread club is based across many San Diego colleges as well, including SDSU, UCSD and – as you may have heard – Grossmont College.

In fact, some unsavory rumors about Zion Bible Study Club have been circulating through social media platforms such as Twitter and Instagram. These rumors say the club is a front for a human trafficking ring, and constantly works to recruit students into it. These claims have circulated about Zion at colleges across the country.
But are these rumors true? Because we sure can’t believe everything we hear. Though students who have heard this accusation have been more cautious, word spreading around Grossmont also attracted the eye of the campus deputies, who launched an investigation into Zion Bible Study Club. After the investigation was over, they found the rumors to be inaccurate.

Dr. Cindy Miles, the chancellor for the Grossmont-Cuyamaca Community College District, also commented on the rumors.

“This rumor has been investigated by the sheriff’s department on our campuses, and there is no evidence to support it,” Miles said in an email. “Grossmont College also has no record of this organization being on campus in the last several months.”

Grossmont Deputies Dean Allen and Jerry Jiminez were two of the officers involved in the investigation, with Allen closing the case and declaring that the rumors about Zion Bible study club were simply untrue.
Jiminez, who has been a sheriff’s deputy for over 15 years, was especially helpful in providing information about the investigation from the sheriff’s department.

“This religious club has been at Grossmont for a few years now, and during this time they have had several negative allegations leveled at them during that time,” Jimenez said. “However, the sheriff’s investigation couldn’t find anything to prove these claims true or accurate.

Everen Maxwell Graves, an outspoken evangelical student at Grossmont, said he wasn’t shocked by the accusations. 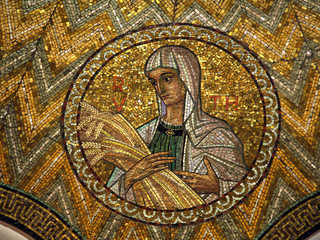 “It’s no surprise to me,” Graves said. “Jesus told us we would be under constant attack from the world for following him. (The Apostle) Paul also says persecution and suffering can be a measurement of one’s success as a Christian. It’s expected.”

The club’s mission statement of its constitution also seems to work in their favor: “Zion Bible Study Club is a non-profit student organization dedicated to students seeking the truth of the Bible. Primarily focusing on studying the Bible, Zion Bible Study Club offers members the opportunity to distinguish between what the Bible teaches and the traditions of men.”

Though the club has beliefs and traditions that are a bit unconventional when compared to other Christian organizations – such as referring to God as “the mother” and saying that the second coming” has already happened – they simply are just another organization doing what they believe they are called to do.

In an article on The Daily Aztec, club members said the public shouldn’t believe everything it sees on social media.
Whether you stand with the club’s mission and beliefs or not, we can all probably agree those are some good words to live by.