End of the Skywalker Saga

Today, the latest edition of the Star Wars franchise, "The Rise of Skywalker," hits theaters; marking the last movie of the Skywalker saga. 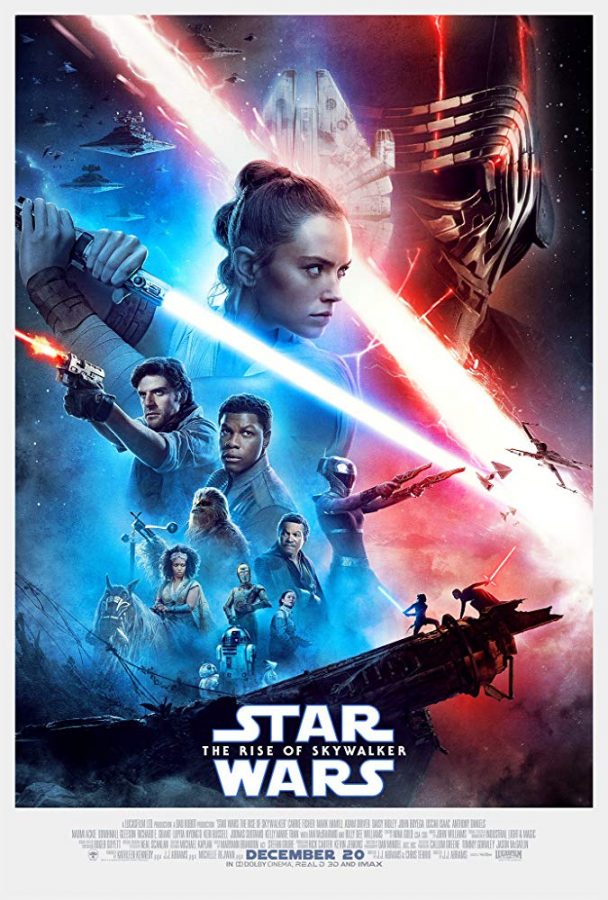 The franchise began in 1977 when George Lucas released the first Star Wars film: A New Hope. The movie had an $11 million budget and featured young actors such as Mark Hamill (Luke Skywalker), Carrie Fisher (Princess Leia), Harrison Ford (Han Solo) and others. After the first movie, Lucas and his team at Lucasfilm came out with two more Star Wars films, The Empire Strikes Back in 1980 and three years later with The Return of The Jedi.

In 1999 Star Wars came back with The Phantom Menace, which was the first of three “prequel” movies offering a background story on how Darth Vader and the Republic went down. Ten years later after Revenge of The Sith, the franchise was set to release three new films.

Now we are here: the end of an era. What is next for the franchise is unknown, but the stories will continue to live and be told for the rest of our lives. So what better way of saying goodbye to the Skywalker saga? Ranking them from best to worst:
Number 8: Attack of The Clones


Released 2002; Rotten Tomato Score: 93%
Least favorite Star Wars movie of them all, very hard for me to watch. From Anakin whining about everything wrong with the universe to him feeling bad for killing the Tusken Raiders for their role in killing his mother. Oh, and sand sucks apparently          ¯\_(ツ)_/¯. The only bright spot in the movie was the introduction of the clones.

This movie was definitely something.  After the success of The Force Awakens, this movie had high expectations. Boy oh boy, this movie did not meet those. For me, I was not a fan of the character development of Poe. When Poe was first introduced, he looked like a man with a plan. But then– all of a sudden, his character was just taking a guess at everything. The dialogue for him, Luke Skywalker, Rose and other characters was not well written at all. One of the few things that I liked about the movie was the Porgs.

This movie was very much underappreciated. It was the first Star Wars movie since The Return of The Jedi in 1983. Although many people did not like Jar Jar Binks and the short appearance of Darth Maul, I felt this movie really lived up to expectations. Learning about where Anakin came from and the development of Obi-Wan was very well written.

We did not have to wait too long for this movie to come out, The Force Awakens was a very good film to kick off the sequel to the original series. It was very similar to the first trilogy,  as we are introduced to the main and supporting characters who are trying to find themselves in the universe. Probably the best part of the movie was when Kylo Ren was revealed to have been the son of Han Solo.

No matter what, A New Hope will always be in my Star Wars top 5 movies of all time. This movie introduced what was going to be the most successful movie franchise in cinematography history. From a farm boy on a desert planet to being asked to help his old friend to save the galaxy. Probably the most impressive thing about the movie was the budget they were on. The movie was on an $11 million budget, which is pretty small compared to The Rise of Skywalker which was on a $300+ million budget.

This was the first Star Wars movie I had ever seen. I was seven when this movie came out and almost 15 years later it is still one of my favorite movies of all time. From the lightsaber fights to the transformation of Anakin into Darth Vader, this movie had it all. The character development of Anakin Skywalker was quite a turnaround compared to Episode 2.

Arguably the greatest Star Wars movie of all time. Luke, Han, Leia, and Chewie along with  R2 and C3P0 return to continue their fight against the empire. In the movie, we finally get to see the Jedi Master himself, Yoda, train Luke into becoming a Jedi like his father. The best part of the movie though is when Darth Vader and Luke are dueling it out and Vader reveals something to Luke that neither Obi-Wan or Yoda told him: “No, I am your father.”

Number 1: Return of The Jedi

The best Star Wars movie of them all is Return of The Jedi. This movie caps-off the original trilogy with Luke becoming a Jedi Master and accepting the fact that Vader is his father. Luke also finds out that Leia is his twin sister. I really enjoyed this movie because Luke helps release his father from the emperor. The empire comes to an end when Vader fulfills his prophecy by taking down the emperor and the empire to bring balance to the galaxy