Grossmont College’s Theatre Department will be holding joint auditions for their upcoming spring productions of Clybourne Park and Golden Boy.

These auditions are open to all students, regardless of acting experience or having previously taken acting courses at Grossmont.
The auditions will begin Jan. 22 at 6 p.m. in the week prior to the start of the spring semester.
In order to audition, students must also schedule an appointment time as well by calling 619-644-7234. Actors must prepare a one-minute dramatic monologue to perform in front of the directors of the respective productions.

Clybourne Park, directed by Jeannette Thomas, follows two separate families in two different time periods, and out of two different races. The story juggles themes of the past issues of redlining and the more modern-day phase of gentrification. Golden Boy, which will be directed by Brian Rickel, follows a musician-turned-prizefighter whose newfound money and fame can’t heal the despair in his heart.
Rehearsals for Clybourne Park will begin in late January and run until mid-March, and rehearsals for Golden Boy will begin in mid-March 2020 and run through early May.
For more details regarding auditions and productions, stop by the box office in Building 22A or check out the Theater Department’s audition’s webpage at www.grossmont.edu/academics/programs-departments/theatre/auditions. 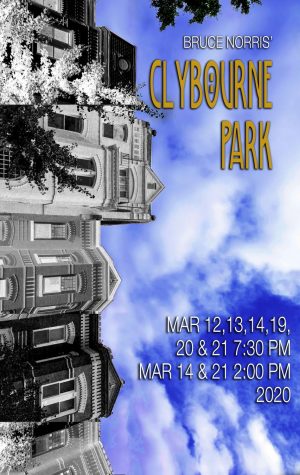