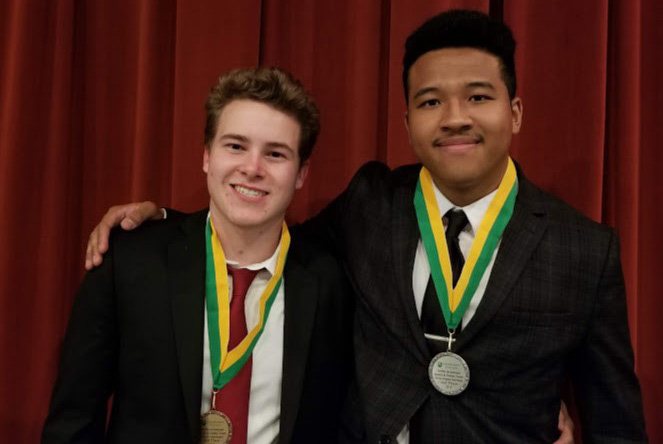 Nick Durham, and Jameer Pritchard pose with their awards.

On the weekend of Nov. 22-24, Grossmont’s speech and debate team hosted and participated in the annual Griffin Invitational Speech and Debate Tournament on campus.

Grossmont College was joined by 21 other different colleges and universities this past weekend.
Congratulations to Andrew Jassick for placing first in the poetry category and being a finalist in dramatic interpretation.

Lastly, congratulations to Nick Durham for placing third in the novice impromptu speaking.