DC’s Birds of Prey severely under-performed at the box office for its opening weekend. So, is it any good? 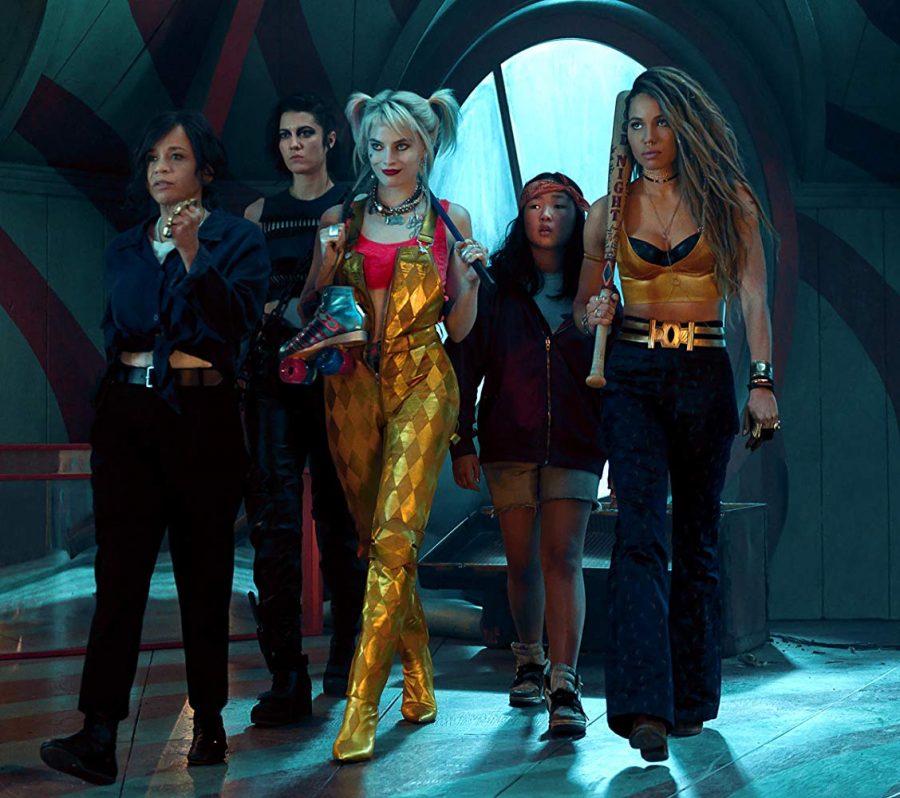 This is due to the fact that “Birds of Prey ” is a far cry from those commonly used buzzwords generally associated with licensed film releases. The trailers were received with mild interest at best and annoyance or doubt on social media at worst.  The promotion and marketing for the movie also left much to be desired. All these factors combined, were primarily to blame for the abysmal box office profit the film earned, barely scraping up $33 million in its opening week with its $97 million budget.

The film title was even changed from “Birds of Prey” to “Harley Quinn: Birds of Prey” in hopes of gaining more recognition. The lack of earnings is a daunting attribute of the film that doesn’t work in its favor. However, that reality still doesn’t answer the burning question that, for many, determines if they should even bother to visit the theatre: Is “Harley Quinn” good?

“I was really skeptical from all the trailers and I had no idea what I was going to get myself into,” Grossmont student Jacob O’Mara said. “This is definitely Harley’s film over anything else.”

Right off the bat, “Birds of Prey” makes one thing abundantly clear to the audience: This is Harley Quinn (Margot Robbie)’s story. The focus is on her from start to finish and she is our guide for the duration of the film, introducing each character and situation as the story progresses. This approach to storytelling not only gives the movie a bit of meta-humor, but also a personal touch. Though the premise is a tad rudimentary, it manages to work effectively.

Essentially we observe Harley Quinn’s bid to emancipate herself from the memory of her abusive and codependent relationship with the Joker and her attempts at becoming her own person. Even if the narrative isn’t exactly fresh and has been done before, Quinn’s way of reciting her tale is so much fun. It makes the film feel enjoyable and entertaining while paying tribute to the untraditional storytelling methods of films like “Kill Bill” and “Pulp Fiction.”

However, the narrative isn’t the only facet of the film that feels like an homage to Tarantino’s style. The performances of “Birds of Prey ” also feel like they would be right at home in a production from the visionary director, this being true with Robbie and Ewan McGregor’s roles in particular. All that to say, the film really does shine through its character performances.

By now, Margot Robbie is known to be an immensely captivating and magnetic presence in any film she’s a part of. This shows to be especially true in her role as Quinn. The character of Harley Quinn is known by many to be charismatic, joyful and delightfully unhinged. These traits are present in the film but not overcooked to the point of completely outlandish proportions. From her off-the-wall outfits to her quirky personality, Quinn does a tremendous job of showing both the audience and the other characters she truly couldn’t care less of how others think of her and has no qualms about being her true self. Quinn doesn’t just let her colors shine brightly, she makes them erupt onto every square foot of the drab city she dwells in.

In something not often seen for the character of Quinn, Robbie portrays her as less fiendish and psychotic and instead more of a troubled soul. We see an authentic portrayal of a hurt individual who masks her immense heartache and grief by presenting herself as a mentally-disturbed wildcard who is all but disconnected from the basic social mores of civilized society. Because of the spirited and undaunted way Quinn goes about dealing with her personal chaos, it is so much easier for us to view her as someone capable of showing genuine warmth and humanity, opposed to the demented maniac people around her write her off as. In that way, the viewer can sympathize with Quinn’s circumstances, while at the same time, enjoy the carefree and offbeat energy she exudes; An energy which turned her into the icon she is today.

The rest of the cast comprises fully-realized characters as well. Roman Sionis (Ewan McGregor) is the gleefully despicable primary antagonist of the film. It is immediately apparent McGregor is having a blast playing the flamboyant and deranged mob boss while bringing his very own brand of goofy insanity and icky depravity to his character. Dinah Lance (Jurnee Smollett-Bell) is a discouraged but principled singer in a club Sionis owns. Helena Bertinelli, aka Huntress (Mary Elizabeth Winstead), is a vigilante looking for revenge for her murdered family. Cassandra Cain (Ella Jay Basco) is a young pickpocket who becomes mixed up with Sionis by stealing a diamond of his. Renee Montoya (Rosie Perez) is a skeptical homicide detective determined to curb organized crime in the city. Victor Zsasz (Chris Messina) is a loyal enforcer of Sionis, and also a deranged serial killer who carves a tally mark in his skin for each person he kills. Except for that last entry, this group might seem like a typical comic book fare. However, they are played so well by the respective actors that they become so much more than character tropes.

Grossmont student, Mike Jenkins, said this group dynamic was one of the strongest points in the film. He said, “What I really liked about ‘Birds of Prey’ is that no matter what happens, towards the end at least, the girls always have each other’s backs.”

She explained: “Birds of Prey has an incredible message and an amazing cast. I walked out of the theatre feeling empowered and ready to form my own group of badass chicks to fight beside.”

“Harley Quinn: Birds of Prey” is a fun and enjoyable film to experience which pulls out everything one could possibly want from an R-rated comic book film: An irreverent antagonist, raunchy humor, over-the-top action, and cartoonishly-bloody violence. However, quite possibly the best thing about “Birds of Prey” is that it actually exists.

In time, it could be considered a cult-classic, zany, outlandish gem of a film not many people know they need to experience. In this respect, the lack of viewership and gross earnings may only add to the film’s charm. This film is not a cash grab. It is easy to see how the cast and crew bring their all to their performances, scriptwriting, and visuals making sure this isn’t just a female-led knock-off of “Deadpool,” but a full-blown passion project in the truest sense of the word.