From the Stage to a Webpage

No one could have predicted a year long pandemic; especially not the Theatre Arts Department, who now has to trade in crowd presence for camcorders and editing software. 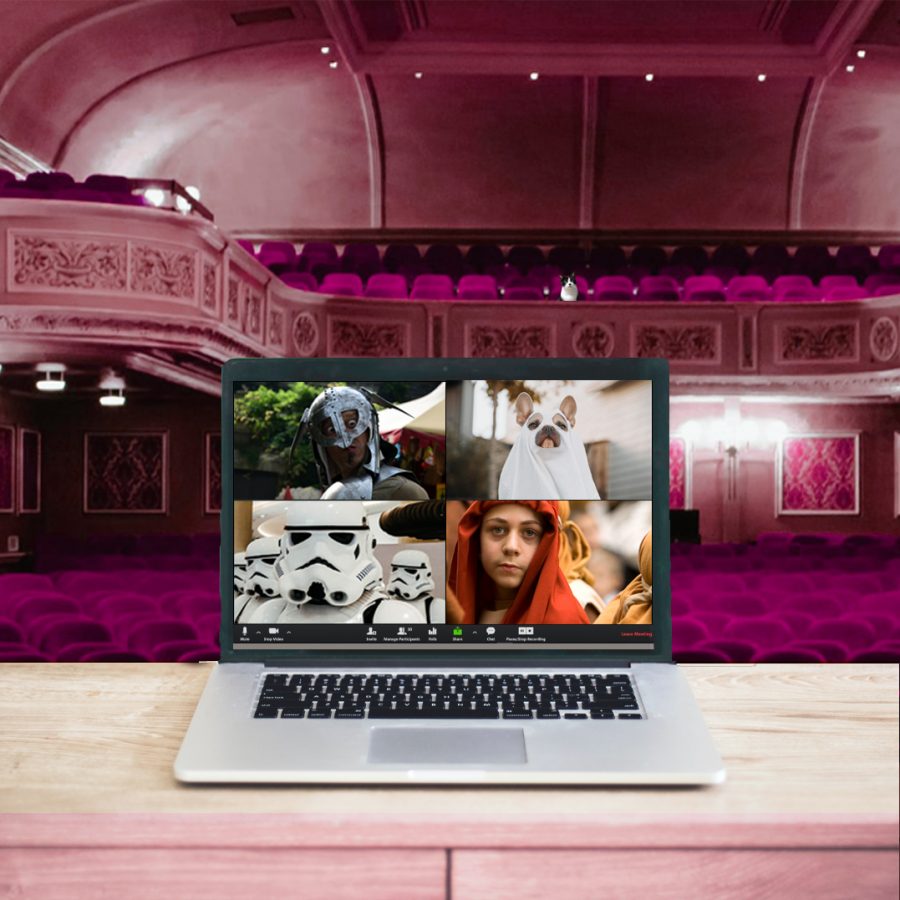 Despite the shutdown of Grossmont College due to COVID-19 , the Stagehouse Theatre has a lot in store this semester.

Overcoming all obstacles, the department is showcasing two mainstage plays this semester, entitled “Red Bike” and “The Mad Ones.” The theater will also be holding a high school tour about the complexities of being an actor entitled “Inside the Actors Process: Hope.” Both of these productions will be available to stream online.

Though the department has a lot in store, the process has been far from easy. Students have been less motivated to participate in their online classes, which has affected their willingness to partake in new activities and has led to a drop in the department’s number of enrolled students, according to Brian Rickel, chair of the Theatre Arts Department.

Rickel explained there is less of a chance new students will be seen in their upcoming productions. “Audition numbers like our classroom numbers have dropped almost 70%, so the pool of auditioning is much smaller than it traditionally is,” he said. “I think you’re going to be seeing a lot of the same people probably until we’re out of this thing.”

With all the plays this semester being virtual, the department decided to take a new approach on showcasing its content. Instead of doing its shows on Zoom, the department will be showing an On-Demand video through the ShowTix4You website.

According to Rickel, this format does not exactly fit into a certain category. “What we are producing is not theater in any form of the traditional sense,” he said. “It’s not film, it’s not television, it’s not really theater. It’s kind of this amalgamation of all of those things that has been created out of necessity.”

As unfortunate as this may sound, Theatre Arts has had just as many achievements as setbacks. The Stagehouse Theatre was a finalist for Best Theatre Company in the San Diego Reader 2020 Poll for the first time last year. They were also awarded a silver star in the 2020 Best of East County Readers Poll and, thanks to their new virtual setting, have experienced a rise in viewership.

“We had beautiful audience numbers, sometimes some productions were more than we could have fit in The Stagehouse Theatre,” said Theatre Operations Facilitator Alexis Popko. “So we’ve been able to expand ourselves to new audience numbers to let them enjoy the art and for them to know that Grossmont College has one of the best arts divisions around.”

When it comes to returning to the stage, there is still uncertainty surrounding the topic. According to Rickel, the department has submitted a proposal to do a “drive-in style live performance” but it has not yet been approved by Grossmont.

Any decisions associated with returning are out of their control. “That would be a step forward to coming back, but we are at the mercy of the state, the district, the college. As departments we get almost zero say at all,” Rickel said.

If you are interested in seeing any of the plays this semester, they will be available to stream for $10 per household or device, excluding the high school tour, which will be free on YouTube. More information regarding dates, showtimes and directors can be found on @stagehousetheatre on Instagram or the department’s website.