The Show Goes On

After the closing of their last show “The Mad Ones,” the Stagehouse Theatre is back with another production. 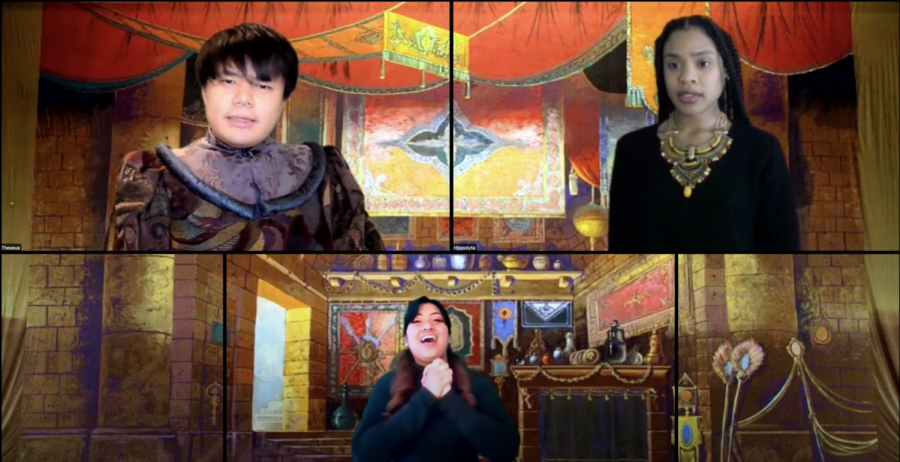 Screenshot of "Inside the Actor's Process: Hope"

“Inside the Actors Process: Hope” is the latest production by Grossmont College’s theater arts department. Directed by theater instructor Ben Cole, this play runs an hour and 27 minutes long and features a compilation of 15 different segments and stories.

According to the show’s playbill, “Inside the Actor’s Process: Hope” is a journey exploring the aspirations and frustrations of actors, acting, auditioning, and applause as they strive to change the lives of audiences and find fulfillment in their own creative expression.”
The production has several scenes, most featuring the nine-member cast in front of green screens in boxes that separate them from their co-stars. Despite the virtual setting, cast members interact with one another, wear costumes and wear makeup.

The Theatre Department will also be performing another play entitled “Red Bike” later this month. Keep up with their Instagram page for more information.