Grossmont students share their personal experiences and views on the COVID-19 vaccines. 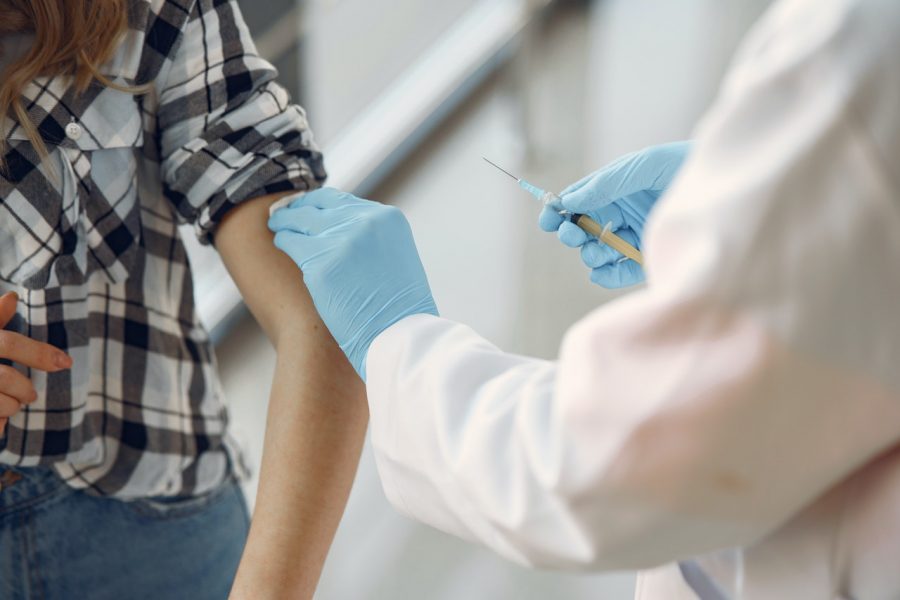 Photo by Gustavo Fring from Pexels

In early May, it was announced anyone 12 years and older are now eligible to receive the Pfizer-BioNTech vaccine. But many Grossmont College students have already received at least one dose of a COVID-19 vaccine.

Karo Mirza is a Grossmont student who recently committed to UCSD for the upcoming fall semester. His whole household — which includes himself, his parents and his sister — have all been vaccinated. Mirza and his mother received both doses of the Moderna vaccine, while his sister and father got the Pfizer vaccine.

Mirza’s father and sister were the first ones in the house to get their vaccines in late February. Mirza explained even though his sister and father both got Pfizer, only his sister fell sick after the second dose while his father was completely fine. “I made so much fun of her because I thought she was just being dramatic since my dad didn’t get sick,” he said.

He and his mother received their second doses of Moderna early in the morning, this past Saturday. The pair began feeling flu-like symptoms as quickly as that afternoon. They both reported having chills, a headache and body aches.

“It was horrible, the fact that what we experienced was a mild version of the actual virus was terrifying. I could see why this sickness could be so deadly,” Mirza said. “My mom and I were both bedridden, but it only lasted for maybe less than two days.”

A returning Grossmont student, Golistan Piromari said she hopes to transfer and earn her bachelor’s in criminal justice. Piromari comes from a large family of nine siblings, totaling 11 people in her household including her parents.

In March of this year, one of her siblings contracted COVID-19 which spread to all members of the household. It is still unclear how Piromari’s brother was initially exposed to the virus, but she guesses that it may have been a trip to the grocery store or any other errands he may have run.

Piromari has received both doses of the Moderna vaccine. She explained that since she previously had COVID-19, she didn’t expect that she would get sick. “I thought maybe my body would have been used to it. You know, because of the antibodies, but man I was wrong,” she said.

Contrary to most people’s experiences with the COVID-19 vaccine, Piromari didn’t just fall ill after the second dose, but after the first one as well. She reported feeling similar symptoms as Mirza and his family: chills along with body aches and headaches.

“I thought it was weird because everyone was saying that they only got sick after their second dose,” Piromari said. “I decided to look it up and I found a couple articles that said your symptoms could show up or be worse after the first dose of your vaccine if you’ve already had coronavirus.”

With the virus, she only experienced a slight fever along with a cough. She did, however, lose her sense of taste and smell for about a month. Desperate for her senses back, she tried a Tik Tok trend in which she charred an orange on the stove and ate it. Unfortunately, it didn’t work.

“I recently got my sense of taste and smell back, but it’s not the same,” Piromari said. “I can’t stand eggs or chicken anymore and those used to be my favorite.”

Throughout the pandemic, many people have expressed their concerns and distrust of COVID-19 vaccines. The media has deemed these people “anti-vaxxers.” While there are folks who are adamantly against vaccines based off of conspiracy theories, they have been grouped in with those who are just slightly hesitant.

Among those who are hesitant to sign up for a vaccine is Rionna Jaay. Jaay is a former Grossmont student who transferred to Southwestern’s nursing program.

When asked what made her second-guess the vaccine, she replied: “The rapid process of creating and distributing the COVID 19 vaccinations makes me nervous. Previously, it often took scientists around 7-10 years to develop vaccines. We have not been able to even monitor the long-term effects of COVID, let alone the vaccination.”

She added that she believed people have valid reasons to be hesitant about the vaccines and that a lot of the hesitation stems from the distrust of the government. “It is the government/ system’s fault for tarnishing the trust between them and the public,” Jaay said in an email.

Jaay confirmed that though she has concerns she is not an “anti-vaxxer.”

“I am gaining comfortability and confidence with the vaccine every day,” she said. “The more knowledge I obtain releases my anxieties about the vaccine.”

Those who are eligible can get the vaccine at Grossmont’s COVID-19 Vaccination Clinic on May 26 from 9:30 a.m. to 3:30 p.m. in Parking Lot 1. While walk-ins are welcome, you can make an appointment here. 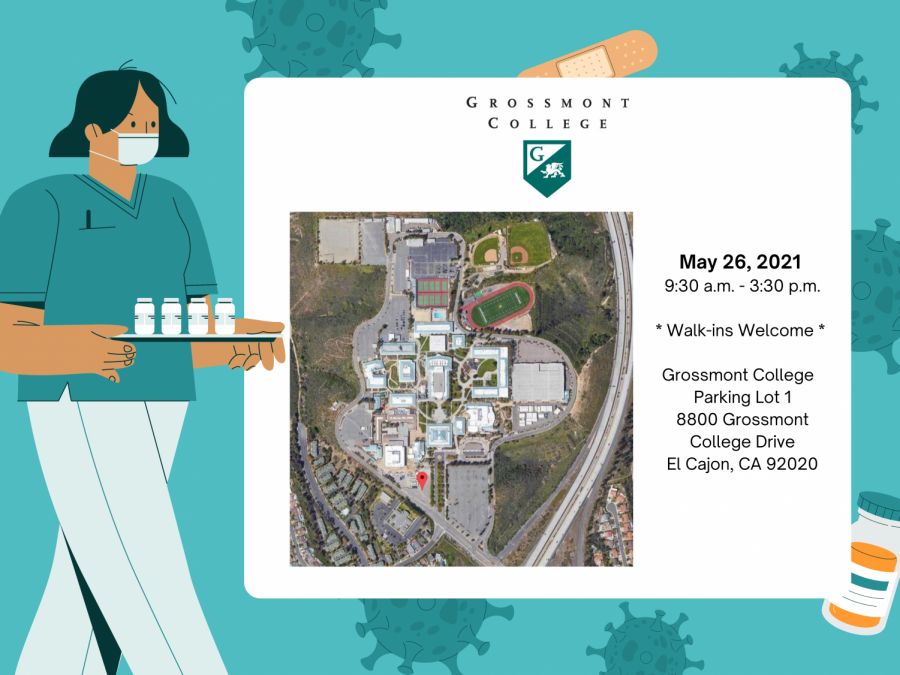