After being hyped for years, this movie has finally hit theaters and TVs across the country. 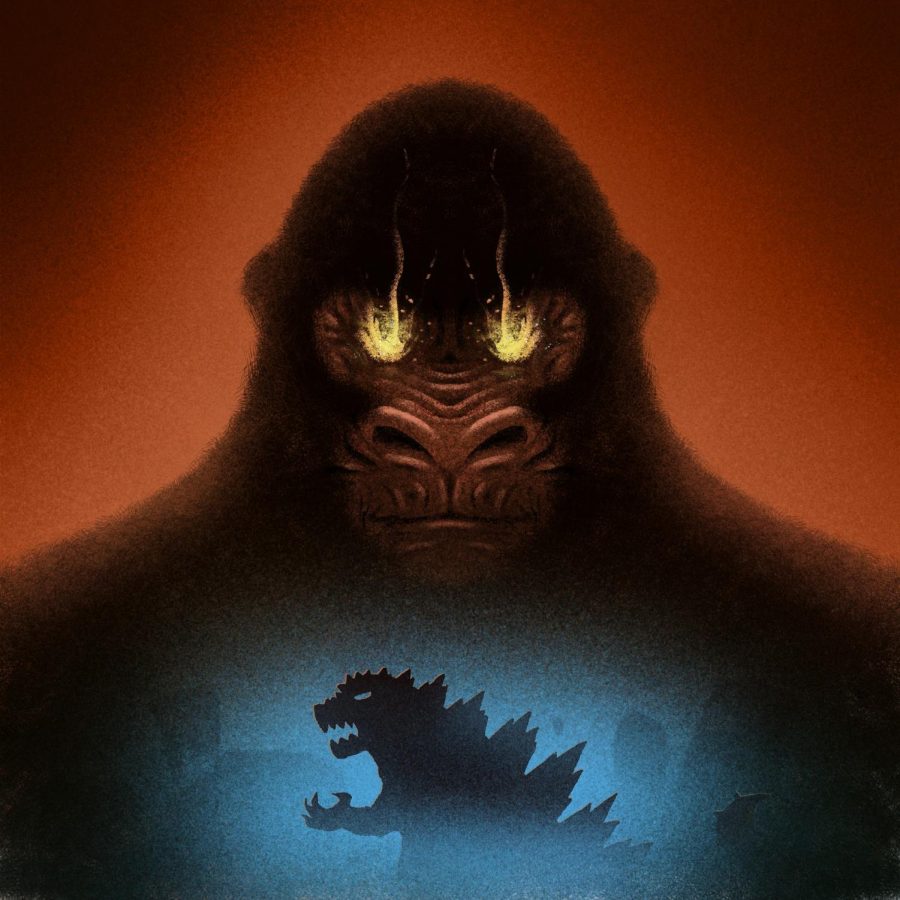 The gloves are off! Oh, wait the claws– or was it paws? It doesn’t matter because it’s kaiju versus kaiju.

Giant monsters square off in “Godzilla vs. Kong,” which was released this spring. It’s been one heck of a buildup with the “King of Monsters” here to defend his throne against the protector of Skull Island King Kong. The Monsterverse has been waiting for this battle of the true heavy weights.

The movie has been built up across three other movies. The first two were the Godzilla movies “Godzilla” and “Godzilla: King of Monsters.” The third was “Kong: Skull Island” to set up our other protagonist and his place in the Monsterverse.

With a modest runtime of one hour and 53 minutes, it’s an action-packed movie that’s easy to sit through. It’s a movie for the family with its PG-13 rating, but there’s lots of violence and destruction and some brief language. It’s not the most adult movie, but then again it is a giant lizard fighting a giant gorilla.

This movie brings in actors like Alexander Skarsgård, Rebecca Hall and Brian Tyree Henry as a good cast, but not really big enough to carry this plot. It’s a decent movie billed for what it is, but a giant monster slugfest can’t make up for a weak plot.

The film is filled with action after action that seems to be there to fill plot holes that the writers didn’t really care to connect in a sensible way. Amazing CGI and giant monster fighting can only carry a movie so far. There was never anything surprising about this movie. For something that doesn’t jump out at you over giving you more than you pay for, this film deserves 2.5 out of 5 stars. It’s a C movie that will go down as a classic bad movie, but cool to watch.