Grossmont’s Alexcis Morris is a rising star and she’s put us all on notice with her incredible performance last week. 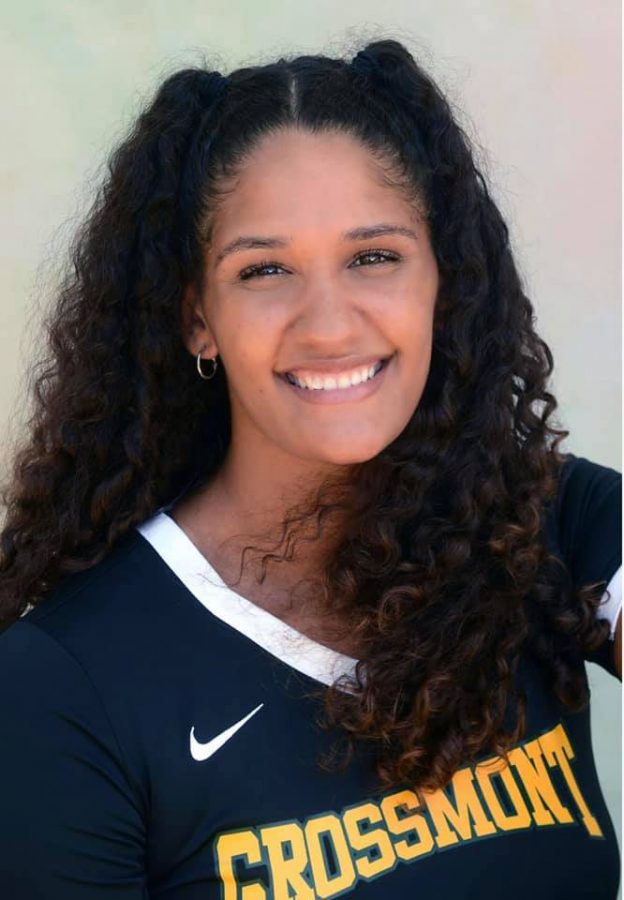 An elite-level talent is on the rise at Grossmont, and of course, it’s coming out of our women’s volleyball team. Her name is Alexcis “Lexi” Morris, and she’s been putting on a show since she’s become a Griffin.

A sophomore, Morris was awarded the 2021 CCCWVCA Player of the Week 6 for Southern California. She completely dominated in two significant conference matchups, accumulating an astounding 21 kills and nine blocks, and she managed to rack up a hitting percentage of 606 percent.

Without Morris’s incredible performance, it may have been a very different outcome. Still, she led the Griffins to a 3-0 victory over Southwestern and San Diego Mesa on Sept. 29 and Oct. 1.

These victories pushed Grossmont to the top spot in the conference and a significant boost in the power rankings as San Diego Mesa was ranked seventh in the state, and with the Griffins being 21, this win should shake things up when the new rankings are released.

Morris is no stranger to success since she has not taken her foot off the gas pedal since she arrived at Grossmont. Her career at the community college level took off starting in 2017 as a freshman when she won All-SoCal Region and the PCAC Player of the Year.

Not only had she begun dominating as a freshman, but she also decided that in 2019 it was time to win as many titles as possible, winning the Pacific Coast Athletic Conference Championship and then the Team State Title Championship, and finally moving on to winning the Pairs State Championship Title alongside her teammate Ashlee Goycoochea.

Morris and her teammates have the mentality to win at all costs, and with 10 more games left, it looks like the Griffins are on track for a title run with performances like these.