A review of the new film by Denis Villeneuve. 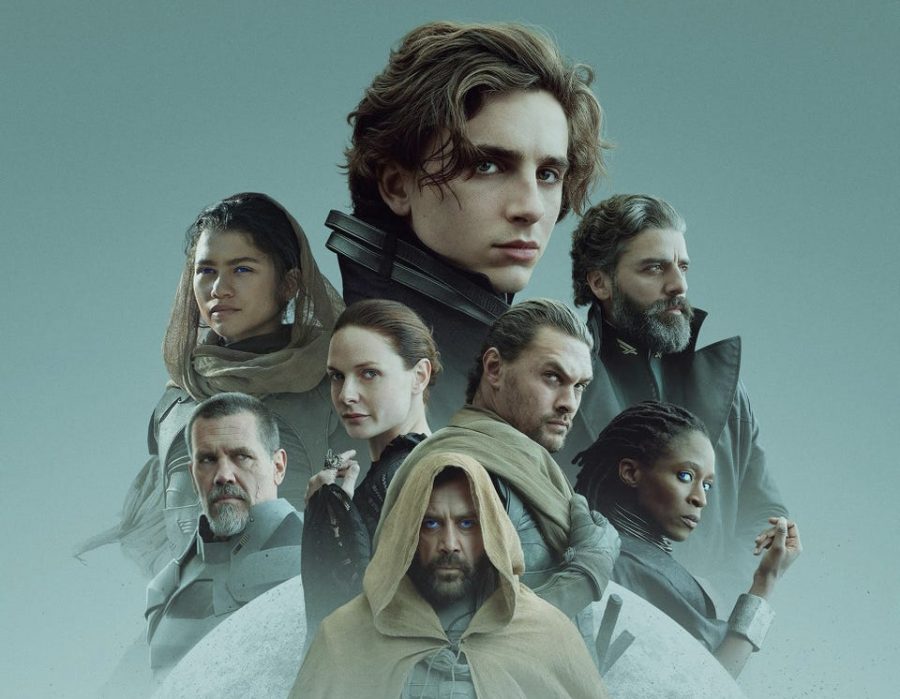 In film, science fiction is a genre usually accompanied by another genre. Films like “Aliens” use action as a venue to tell the story. Sci-fi can even be used with comedy, leading to great films like “Galaxy Quest.”

On its own, science fiction is slow and thoughtful. Authors imagine and tell stories of what life will be like in thousands of years. Science fiction is often used as a form of self-reflection: What will our country, planet or galaxy look like in the future after what we’ve done with it? (For decades, “Star Trek” has been the leader in this form of storytelling.)

Because true science fiction tends to be slow and thought-provoking, it doesn’t have the best mass appeal. Sometimes great directors can take sci-fi and turn it into a true blockbuster (Nolan’s “Interstellar” is a good example of this.) More often than not, sci-fi films seem to fall under the radar. 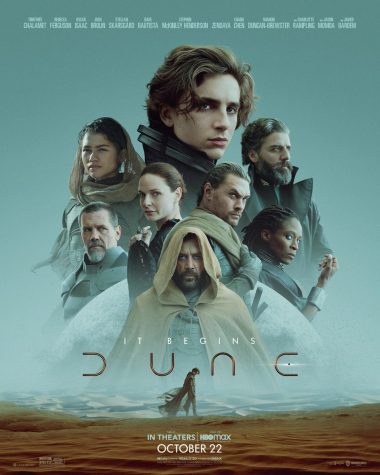 For “Dune” Director Denis Villeneuve, his sci-fi films have seemed to resonate with large audiences. “Arrival” and “Blade Runner 2049” are some of the most successful sci-fi films of the last decade.

So what is “Dune”? It takes place during the very-distant year of 10,191. Humans have colonized planets all across the galaxy, and are ruled by different noble houses. The story follows Paul, son of Duke Leto of the House Atreides. House Atreides has been assigned governance of the planet Arrakis, which is the home to a hallucinogen called “Spice,” the substance that makes interplanetary travel possible. Noble houses fight over control of Arrakis and the production of Spice. Paul has been having dreams about Arrakis, and slowly learns that he plays a very important role in the future of the planet.

“Dune” is originally a novel from 1965 by author Frank Herbert; it is the first book in a six-book series. The story focuses heavily on themes of religion, power, environment and fate. The film is only part one of the first book.

How did Villeneuve deliver on a modern adaptation of this epic story? The film is just over 2.5 hours long, and there is a lot to take in during that time. The story is slow and quiet, with lots of dialogue and exposition; if you don’t fully pay attention, you’ll miss out on important information. However, that’s not to say that this movie is a three-hour-long board meeting. The story is filled with betrayal, ambushes, destruction, murder and giant sandworms.

It’s important to note that although the film does include action, it is not an action film. Some audiences have complained about the “lack of ending,” but the reality is that there just isn’t a big action-packed finale. There is still a conclusion in the form of character growth. Also, this film is only part one of a two-part story. Audiences are used to this when it’s based on the last book of a series (i.e. “The Deathly Hallows” Part 1 and 2), not the very first book of the series. This just shows just how dense and intricate the story is.

An adaptation of the entire first book was attempted in 1984 by director David Lynch, but the film received less-than-stellar reviews due to the confusing screenplay, and audiences not being given all the information necessary to understand what was going on.

Even with a star-studded cast, the most impressive aspect of the film is its visuals. Villeneuve impressed both audiences and critics with the astounding visuals of “Blade Runner 2049,” and “Dune” is certainly no different. Sets are filmed on location, and it appears that some scenes of sweeping cities and palaces are miniatures instead of just CGI. The visuals are detailed, thought out, and impressive: a feast for the eyes. Many films use IMAX as a gimmick to sell more expensive tickets, but in the case of “Dune,” it only intensifies the harsh deserts and turns a simple film into an experience.

If you’re not a fan of simple science fiction, “Dune” might be a little dry (pun intended.) However, if you don’t mind cluing into the lore and absorbing everything the story has to offer, the amazing visuals and powerful soundtrack make for an incredible movie-going experience.

Audiences are already excited for part two of this epic story, which is set to be released Oct. 22, 2023.