A review of the student-choreographed production from the Grossmont Dance Department. 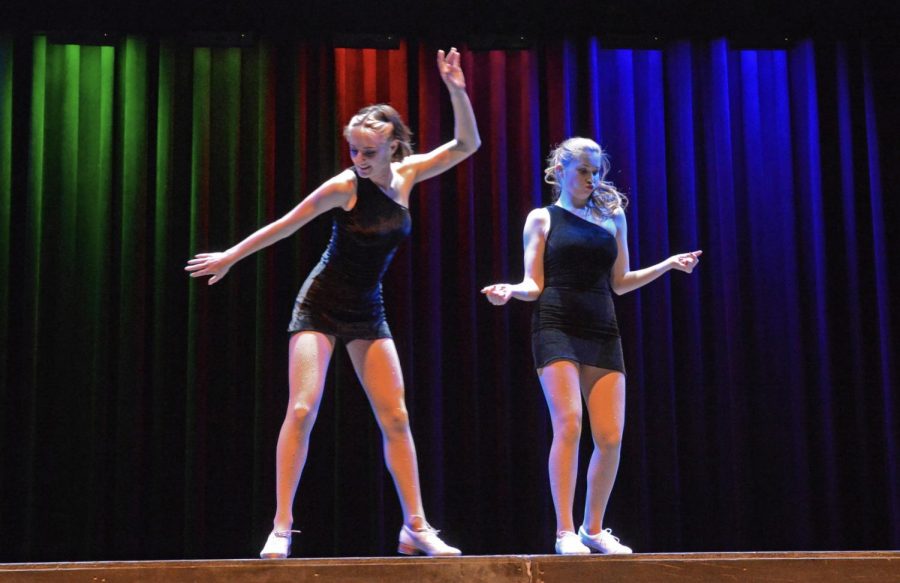 The new Performing and Visual Arts Center is a big deal for Grossmont’s Dance Department.

“We lost probably about 75% of our students,” said Dance Department Chair David Mullen. “People didn’t want to take dance classes by themselves in their living room.”

Now we’re in the fall semester of 2021, and Grossmont’s dancers get to perform in the completed PVAC theater. “Let me take you way, way back to fall of ‘19,” Mullen said. “The PVAC was not completed, but we had our first concert in the theater. So we’ve been in the PVAC before, prior to it being finished.”

The finished theater is beautiful and has impressive bells and whistles, like the colorful lighting effects available to use on stage.

“Breaking Boundaries 2021” was the student-choreographed production a socially-distanced audience was able to enjoy this semester. The production included eight dance numbers, including one made by film.

The production began with a slow and thought-provoking number called “Cogitationes,” choreographed by A’lona Carter. The piece featured a lot of passion from its dancers, who were hungry to show their hard work and dedication to the audience. The movements had heart, and were fueled by the need to tell a story. However, having this slow performance as the very first number of the show set a tone that seemed to suck all the energy from the room. You could tell that the audience was excited to see what fun numbers their friends and family had come up with, but immediately starting the show with a heavy performance kind of killed the buzz.

Immediately following “Cogitationes” was a high-energy tap number titled “Funk Fever,” choreographed by Karina Johnson. The number was a duet, featuring a fun, funky song and using bright, colorful lights all over the stage. This performance was wonderful: well-timed, enthusiastic, full of color and life. Dancers Karina Johnson and Hannah Clark were in sync and having a great time. It would have been nice to see this number start out the show and get the audience in the mood for the rest of the production.

A performance later on in the show featured live singing, and was a take on the popular “Cups” number from “Pitch Perfect.” This song is a crowd favorite, and evoked positive reactions from members of the audience. Because of the live singing, or perhaps uncertainty with using the cups, some of the performers seemed a little unsure of themselves. There was a disconnect of rhythm between the performers, and it made the number a little hard to follow. However, this particular performance was opening night, and it may have just been “first show” jitters.

At a particular point in the show, a long pause preceded a projector screen dropping down from the ceiling. This was a dance number filmed off location, and was long enough to be considered a short film.

Entitled “LifeLine,” the piece immediately began with a very large warning to let the audience know that the film featured themes of suicide. There was no dialogue, just a story told through visuals and interspersed with moments of dance.

The film followed a young man who was actively being bullied, scolded by his teachers and surrounded by a difficult home life. The story led to a scene of the young man in a Home Depot, buying a package of nylon rope. This was incredibly tone-deaf and just left members of the audience shifting in their seats. It is important to address mental health and the toll that emotional abuse, both direct and indirect, has on a person; an open discussion of these things allows us to end the stigma around it. Including it in different forms of art is a very powerful way to spread that message.

However, telling the story in this way was too on-the-nose, and it could have been done in a much more elegant way. One of the wonderful things about dance is the ability to be interpretive and tell a story with body language and emotion. The interspersed moments of dance throughout the story seemed out of place and did not have the power of interpretation, because the message was already being spelled out for us in a narrative with characters that weren’t dancing.

The entire production featured a wide range of dance, including hip hop, disco and a lovely, uplifting ballet piece. Each number is there to show the audience what kind of story the dancers want to tell. However, the numbers seemed to be placed in a way that didn’t really make sense, and often created moments of tonal whiplash.

Despite the moments of confusion, the audience seemed to have a great time just being able to watch their friends and family follow their passion.