The Pacific is Now on Tap

San Diego boasts the largest and most advanced desalination plant in the nation. 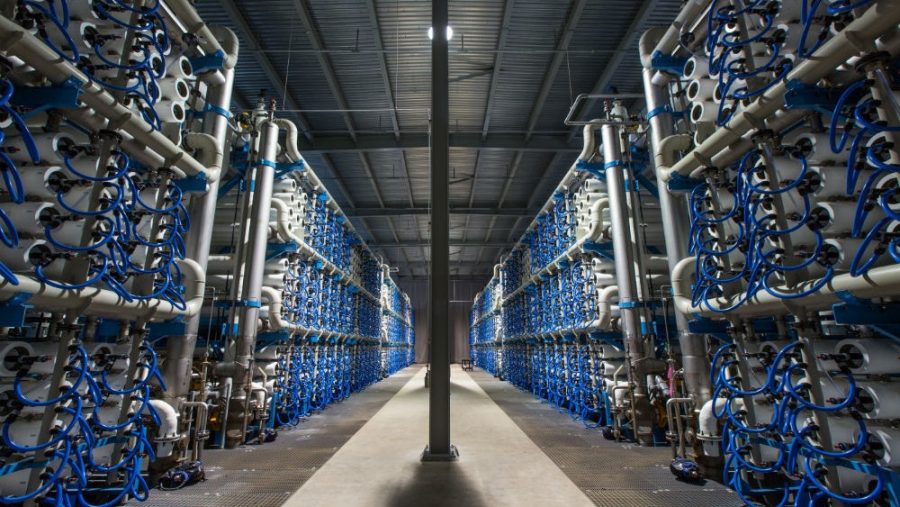 The driest November in 41 years was recorded in San Diego recently by the National Weather Service in Rancho Bernardo.

With the giant Metropolitan Water District of Southern California declaring a drought emergency due to record dry conditions recently, we must start thinking about our impact on our environment. This is not just an ongoing problem here, as many places across the globe are feeling the effects of what scientists call climate change, and it comes in many forms other than just a drought.

You may be wondering why this matters to you, and that is because climate change is going to drastically change the younger generation’s way of life in the future.

“We need immediate action to preserve and stretch our limited State Water Project supplies,” Board Chairwoman Gloria D. Gray, a director of the water district, said a few weeks ago. “Southern California on average gets about one-third of its water from Northern California via the state project. Next year, we’ll be lucky to get a small fraction of that.”

San Diego currently houses the largest and most advanced desalination plant in the entire nation and delivers about 50 million gallons of water to about 400,00 people each day, accounting for about one third of San Diego’s water consumption.

When asked if they were aware of the plant here in San Diego, nine out of the 10 students on campus had no idea it existed, except for Luis Macias who is taking some bio classes this semester.

“Oh yeah that thing is crazy because to think how big the ocean is and how much water we could be pulling in if we just built a few more along our coasts,” Macias said.

Facilities like these will determine the future for millions across the nation as California accounts for a vast majority of the nation’s farms and food supply, ranking number one in agricultural exports. It’s safe to say California having plenty of water readily available is essential to the country’s food supply, as the only other state that competes is Texas. Both states luckily have plenty of coast.

There are currently a dozen plants in California, and that number needs to grow fast if we want to fight off these long-lasting droughts that are affecting our farmers to a point where they have no water to grow food and eventually lose their crops and farms to dry seasons.

The recent hike in food prices also plays into this water problem as climate change diminishes farmers’ crops with continuous dry seasons; they must increase prices across the board. Mike Wade, an executive director at the California Farm Water Coalition, told reporters recently he had to raise the cost of tomatoes and their paste by 22%.

Desalination plants are needed now more than ever as we have the technology to eliminate the need to rely on reservoirs and rains to fill our lakes. The process is not impacting the environment and houses a massive ecosystem in its lagoons with 70 species of fish, 20 species of amphibians and reptiles, 24 species of mammals, 192 species of birds and 100 species of plants. Plants like these will start to pop up in the future as long as the environmental needs are met.

One of the downsides of desalination is power consumption, leading to burned fossil fuels. Which is why President Biden is pushing for the Senate to pass his “Build Back Better Bill,” which was recently passed by the House of Representatives, providing a green energy future with solar and hydrogen power at the forefront.

Hopefully, we can achieve the goal set out by the United Nations of reducing emissions by 45% by 2030 using methods like the desalination plant.