Pretty Fly (For a Drone Guy)

Grossmont students have the chance to sign up for an exciting new technology program. 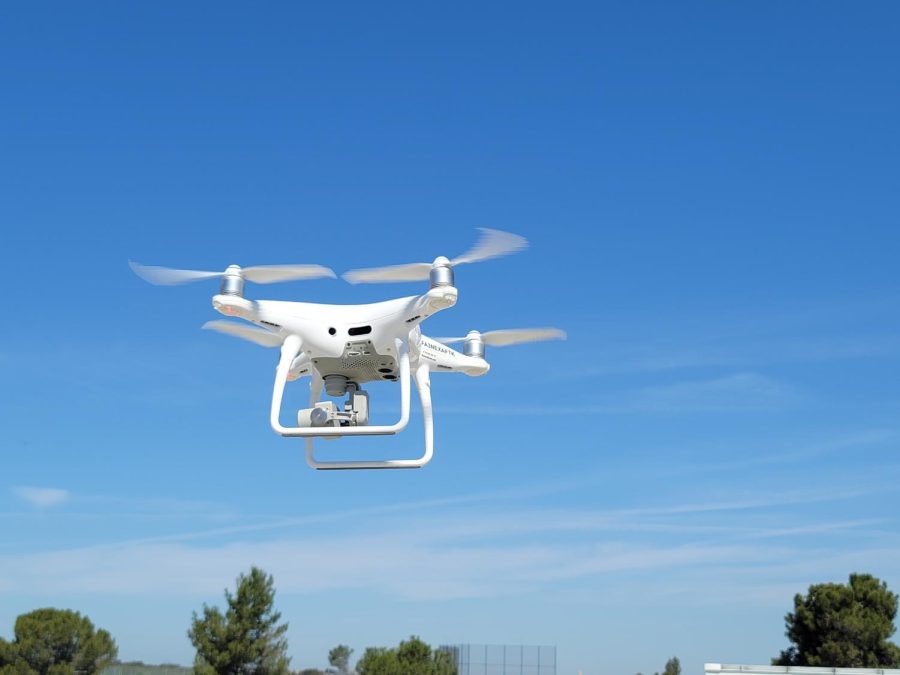 The future is constantly evolving as we know it. New technologies are continuously emerging and changing the way we live our lives.

An example of exciting technology with a bright future is drones, and with that comes a demand for drone pilots. Fittingly, Grossmont College will be offering drone training programs to its students starting in the fall semester.

Drone training courses have been at Grossmont for the past four years as a public class provided to everyone in the community, but they will officially be offered as a non-credited elective in the fall.

“The program is targeted to new students starting out in the drone industry who are looking to quickly transverse to a job or starting their own drone company,” Dr. Javier Ayala, the dean of the Career Technical Education (CTE) and Workforce Development, said in an email.

The first part of this course takes place on Zoom, where instructors teach the students about the rules and regulations of flying drones to pass the FAA 107 Drone Test. Then the class moves on to in-person training with hands-on lessons with drones, according to Skip Fredricks, an instructor for the program.

“There’s nothing, currently, like this anywhere,” Fredricks said when asked about the program. He added that the program is focused on landing its students jobs in the field when the class is over.

Jobs that use drones include freelance work for events, photography and cinematography. Drones pilots are especially in-demand for real estate photography. Another important use for drones is the inspection of buildings, roofs, solar panels and much more.

Fredricks is one of the top DJI pilots globally and has a background in cinematography and film. After working on a sci-fi movie involving drones, he recognized their potential and got involved with the drone industry.

Fredricks said he believes drone technology has a bright future, so he began to pursue working with them and believes that more jobs will open up in the future as drone technology advances. A specific example he talked about was flying people around in large commercial drones.

“It’s fun, and you gain confidence once you get used to them,” said Verena Castaneda, one of the students from the class.

According to Fredricks, the program is also very diverse, with many people from different backgrounds, genders, ethnicities and ages.

Fredricks said the drone community is a tight group, and sometimes students from the class who get a job in the field will hire another student to help them out.

Grossmont has supported the drone program, providing the program with more drones to use. According to Fredricks, there are now enough drones to teach 20 students at a time.

Grossmont is ready for the future and recognizes the potential of drone technology. This program looks to be an excellent opportunity for students to become a part of that exciting future.