The biggest takeaways from the NFL draft in Las Vegas

The NFL season is back, and it kicked off in Las Vegas on Thursday night with the first overall pick, Travon Walker, a defensive lineman out of Georgia, going to the Jaguars. Defense left its mark as the first five picks came from that side of the ball, something we hadn’t seen since 1991 when the first six were all defense. Not to mention Georgia set a school record of five players selected in the first round, all from the defensive side of the ball.

Forrest Snyder, a Grossmont student and massive Miami Dolphins fan, was shocked to see so many defensive players go off the board. “It’s crazy because you get so used to seeing nothing but quarterbacks and lineman start the draft off, but I 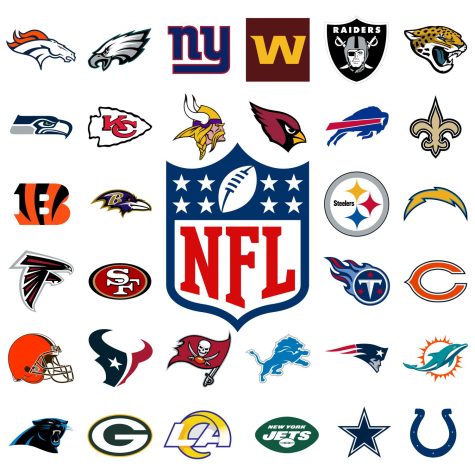 was glad to see so many teams aggressive to beef up their defense right off the bat,” he said.

The rest of the night went off in pure Vegas fashion with an excellent start to the vacation, and then the next minute, you’re three shots deep and ready to take things to the next level. There were nine trades to shake things up, and one of the biggest trades of the night came from Philadelphia: They took Tennessee Titans All-Pro wide receiver A.J. Brown in exchange for the 18th

The Lions sought to add fuel to the fire with the second most significant moment of the night. Watching them move up 20 spots in a trade with their NFC North rival, the Minnesota Vikings, to the No. 12 spot, taking Alabama’s Jameson Williams, a top 5 wideout in this year’s draft.

One of the biggest questions in the first round came from the Pittsburgh Steelers when they took the local quarterback from Pittsburgh at No. 20. This signal-caller was not even the best QB in this year’s class. Playing right down the road at Pitt the last few years might have something to do with it; maybe the Steelers know something we don’t.

The Patriots had the last surprise of the night with a massive reach at No. 29 with UT-Chattanooga’s Cole Strange. This interior lineman has talent, but many analysts had him going in the second round. Rams head coach and Superbowl Champion Sean McVay was surprised by the move, saying: “How about that? And we wasted our time watching him thinking he’d be at 104, maybe.”

The first round was undoubtedly a head-turner, and so many fans are already ramped up for training camp to get underway. Eddie Hirtz, a first-year student at Grossmont and Philadelphia Eagles fan, was ecstatic. “I can’t wait for training camp to start so I can see A.J. Brown hit the field and help this offense explode this year,” he said. “And, yes, I will be buying his jersey ASAP.”

The first round lived up to the Las Vegas reputation of a wild ride as we saw so many big moves from the first night, and so many teams were willing to risk it all to change the face of their franchises.