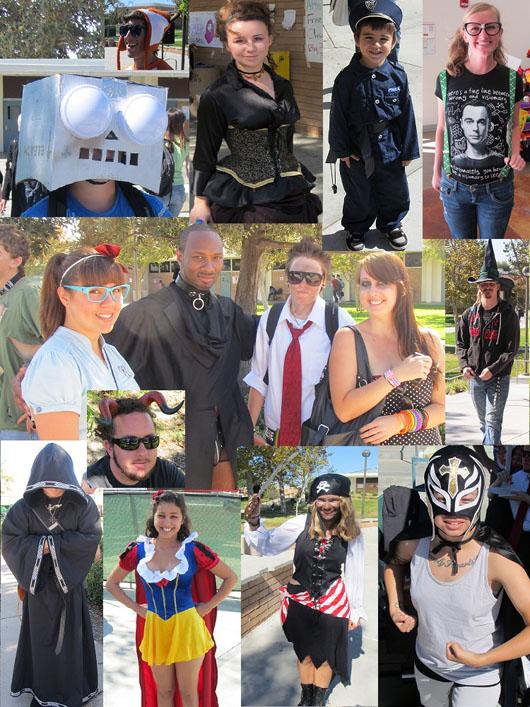 Story and photos by Issac Jeitler

GROSSMONT COLLEGE – Once again this semester the air buzzed with breathtaking music pumping through the soul, but this time more of a festive variety was played as Halloween was upon us Monday, Oct.31 Members of the Future Broadcasters of America (FBA) were out in force, selling pizza at a dollar a slice, and cans of soda at 50 cents each

Griffin Radio’s own DJ Dev was out in the quad as well spinning Halloween hits on his portable audio system.

While there weren’t many ghosts on campus, there certainly were ghouls and an assortment of other mythological beings and fairytale
characters to be found wandering about Grossmont College.

Rumor had it that a flash mob of zombies was to be on campus, but unfortunately the plans for the event evidently died, creating disappointment among expectant onlookers. However, a smaller contingent of ghastly creatures did occupy the upper quad for a short period of time.

Students were cautioned to be extra careful and on the look out for little children “trick or treating” in their neighborhoods.

*
Jeitler is features editor of the GC Summit. He may be contacted at [email protected]